Mergers and acquisitions of the day 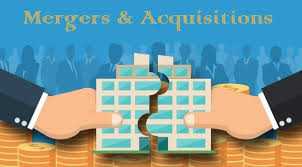 By 1940 GMT on Friday, the following bids, mergers, acquisitions, and disposals had been reported: Elon Musk said on Friday that his $44 billion cash purchase for Twitter Inc is “temporarily on pause” while he waits for evidence on the amount of fraudulent accounts on the social media platform. Some Swedish Match shareholders are split on whether Philip Morris’ $16 billion offer for the Stockholm-based company represents reasonable value for one of the world’s largest manufacturers of oral nicotine products.

French energy giant TotalEnergies and power company Engie are eyeing the acquisition of the renewable energy unit of French retailer Casino, valued at around 1.5 billion euros ($1.6 billion), reported Les Echos. Elliott has pushed its stake above 5% in Brewin Dolphin , a British wealth manager which is under offer from Royal Bank of Canada, the activist investor said.

JERA, Japan’s biggest power generator, said it had agreed to buy all stakes in two thermal power stations in the United States with a total capacity of 1.63 gigawatts from investment firm Stonepeak for an undisclosed sum. Canada’s Competition Bureau has blocked Rogers Communications’ C$20 billion ($15.4 billion) proposal to buy Shaw Communications, but the regulatory agency’s patchy record in legal fights raises the prospect the deal could go through with more concessions.

Adobe Agrees to Buy Figma, a Design Platform, for $20…

McCormick Stock: Too Spicy For Me (NYSE:MKC)