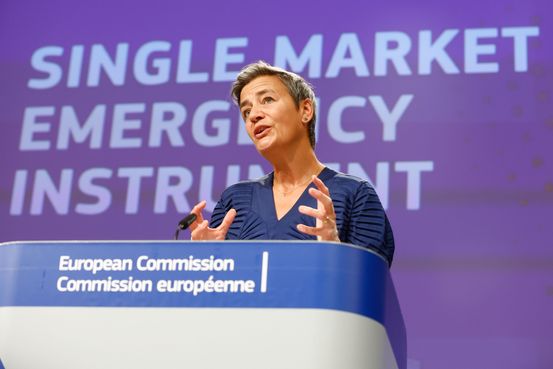 BRUSSELS—The European Union staked its claim to sweeping new powers to regulate industries during crises, presenting a controversial proposal that has already drawn opposition from business leaders but which EU officials say is vital to tackle disruptions such as those during the Covid-19 pandemic.

The European Commission, the bloc’s executive arm, on Monday unveiled what it calls the Single Market Emergency Instrument, which aims to address the kinds of disruptions that took place during the pandemic, when some countries, including the U.S., sought to block exports of vaccines and other health-related products. Other free-market economies have already enacted such measures. The new proposal will need approval from the EU’s 27 member states and the European Parliament to become law.

What Comes Next in the Fed’s Fight Against Inflation?

Best Value Stocks To Buy In A Recession

U.S. Suit Over Alliance of American Airlines and JetBlue…

Trump Media Gets Aggressive With S.E.C. Over Delayed Merger

Nightmares Can Teach Us a History Lesson